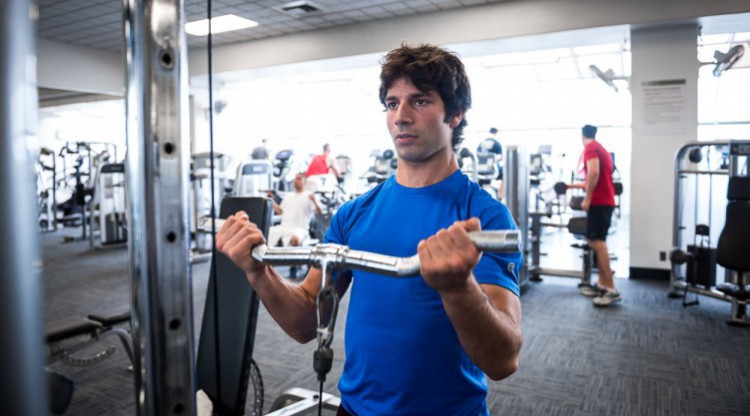 When Leonardo Ferreira arrived at UC San Francisco from Harvard to begin his post-doctoral fellowship in molecular immunology and human genome engineering, the first thing he did was sign up to become a member of the UCSF fitness center.

During the day, Ferreira works to develop the next generation of chimeric antigen receptors for regulatory T cell therapy for Type 1 diabetes and transplant rejection in the Tang and Bluestone labs. But at night, you can find him at Millberry Union working out.

“I’m in the lab at 9am and it’s not unusual for me to stay up until midnight or later,” he said. “I like to take a break during these long hours so I usually head to the gym at 8 or 9pm. I always feel better when I leave the gym.”

Ferreira begins each workout with 15 to 20 minutes on the rowing machine followed by push-ups, pull-ups, and some weight lifting.


“The gym is usually busy later at night as other researchers and students like to work out at that time,” he said. “By the time I’m finished with my workout and after I’ve spent a short time in the sauna, it’s usually closing time.”

Ferreira said he likes the relaxed and friendly atmosphere at the fitness center. He also appreciates that the staff has taken the time to get to know him. “Well, I always seem to forget my ID so they take the time to type me into the system and they are very patient with me. They are also very helpful.”


Ferreira has also met friends at the gym who live in the nearby neighborhood. “They really like the facility and it’s not unusual to see the same people every day. They like the fact that the gym is local and they enjoy the squash courts and weight rooms.”