Danny Paik is Retiring After Nearly 30 Years at UCSF 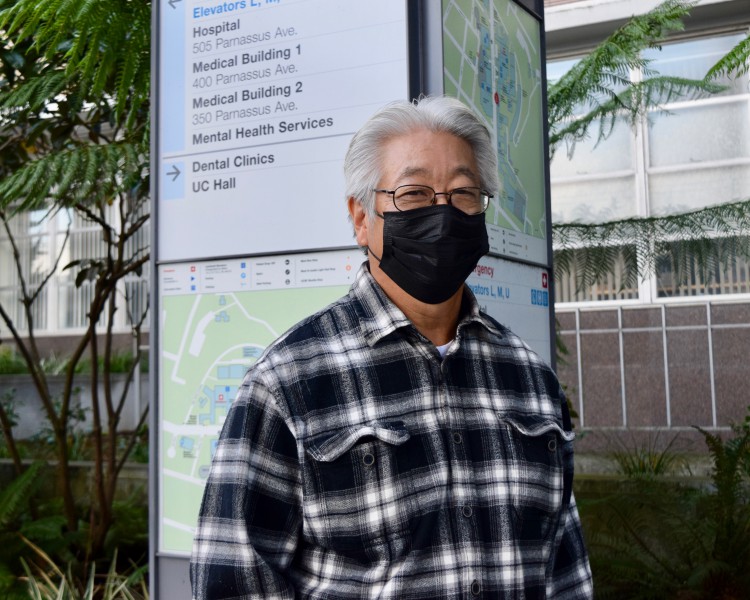 Since joining UC San Francisco in December 1992, it’s safe to say Paik’s calendar has been full. As a physical plant mechanical assistant supervisor at UCSF Parnassus, his days – and sometimes nights – have been busy keeping the campus running.

Cesar Sanchez, Facilities Services department deputy and director of operations, has seen first-hand the important role Paik plays at Parnassus. “Danny has instilled a calming and positive influence within the trades shop. From leading and coaching the HVAC team to driving efficiencies by being a proponent of planning and scheduling of work, his methodical approach to getting things done right for the customer has been his brand. The shop will miss him. I will miss him and wish him nothing but the best.”

Paik’s value to the Parnassus campus comes with his breadth of knowledge. “I’ve worked on ultra-low temperature freezers, climate-controlled rooms…it’s always something different. I’ve worked on everything under the sun.”

And that’s one aspect of his job Paik has enjoyed the most. “The variety of projects keeps the job interesting,” he said.

Paik was born and raised in San Francisco and has lived in the Bay Area all his life. He said he appreciates working at UCSF because the organization cares for employees. “UC offers employees benefits that make our life easier. A great example is the vanpool program. I remember taking the vanpool and noticing UCSF had one of the only vanpools on the road at the time. It’s a simple thing but it makes a big difference in your work-life balance.”

While Paik has no immediate retirement plans, eventually he wants to tour the western part of the United States. “I love this country,” he said. “I want to make several trips to see the West. It’s such a beautiful area.”

He also understands first-hand the dangers of the West. In 2017, Paik’s Santa Rosa home was destroyed in the Tubbs Fire. At the time, the Tubbs Fire was the most destructive wildfire in California history, burning parts of Napa, Sonoma, and Lake counties, inflicting its greatest losses in the city of Santa Rosa. The fire destroyed more than 5,643 structures, half of which were homes in Santa Rosa.

While Paik’s home was destroyed, he decided to rebuild and stay in the Santa Rosa community. “I was led by someone or something to safety that day,” Paik said. “Something guided me through the entire ordeal.”

Upon hearing of Paik’s loss, the UCSF community rallied to raise $3,730 and $400 in gift cards from UCSF merchants.

In the short-term, Paik said he is going to enjoy Santa Rosa and relish in the fact that he doesn’t have to immediately answer emails, respond to emergency requests, or worry about the mechanical systems at Parnassus. “The thought of not having to do anything sounds pretty good,” Paik said with a smile.