By Ana Toepel and Deborah Fleischer on November 25, 2019 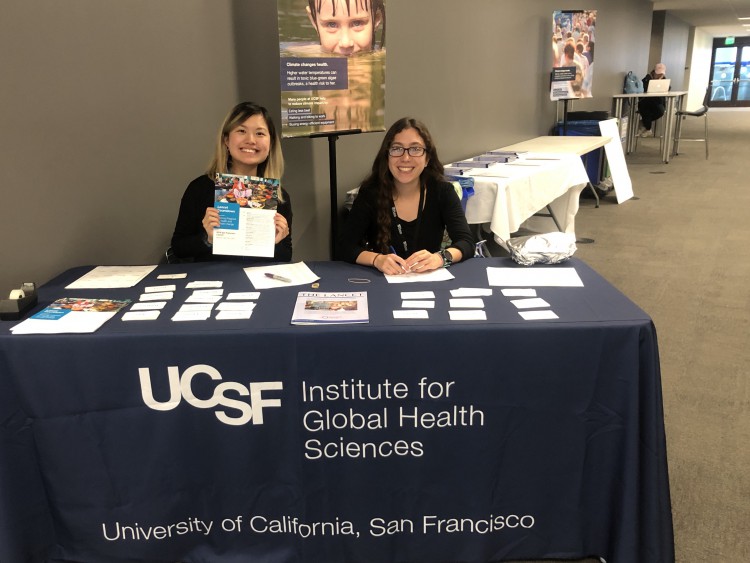 On Nov. 21, UC San Francisco’s Institute for Global Health Sciences hosted the San Francisco launch of the 2019 Report of the Lancet Countdown on Health and Climate Change.

The Lancet Countdown is an international, multidisciplinary research collaboration, dedicated to monitoring the evolving health profile of climate change and to tracking the world’s response to climate change. The well-attended launch event for this year’s report featured expert panelists from diverse sectors that discussed the latest data on how climate change is impacting health and their work to tackle the climate crisis. Panelists included UCSF Professor of Medicine Sheri Weiser, MD, MPH, MA and one of the Lancet Countdown’s authors, Melissa Lott, Senior Research Scholar, Center on Global Energy Policy at Columbia’s School of International and Public Affairs.

The livestream recording of this year’s Lancet Countdown is available at UCSF Educational Technology Services.

The Lancet Countdown reports annually on the findings of 35 leading academic institutions and UN agencies from every continent with regards to climate change mitigation and its health consequences in different sectors including: energy, air pollution, transport, agriculture, and health care. The report aims to empower health professionals and support policymakers to accelerate their climate response. Each year, the methods and data that underpin the Lancet Countdown’s indicators are further developed and improved, and this year two new indicators with great significance for health were added: emissions attributable to livestock and crops and emissions from national health-care systems.

At the event, Melissa Lott expressed a key message from this year’s report:

“The life of every child born today will be profoundly impacted by climate change.”

She shared that the report focuses on the choice between the children of the future surviving and thriving - and the fact that if we don’t do enough to mitigate climate change impacts, we are going down a survival path rather than a thriving path. The report points out that human populations are concentrated in the areas on the planet that are most exposed to warming. Climate change effects aren’t coming in the future; they’re here today. Some other concerning issues are the large increases in populations and countries experiencing wildfires and the uptick in coal production and premature mortality from coal pollution. There are hopeful findings, too, including an increase in the use of zero carbon emissions energy and the fact that health institutions have been a big contributor to fossil fuels divestment. Lott ended her presentation by saying, “We’re looking at unprecedented levels of change—and everyone will need to participate.” 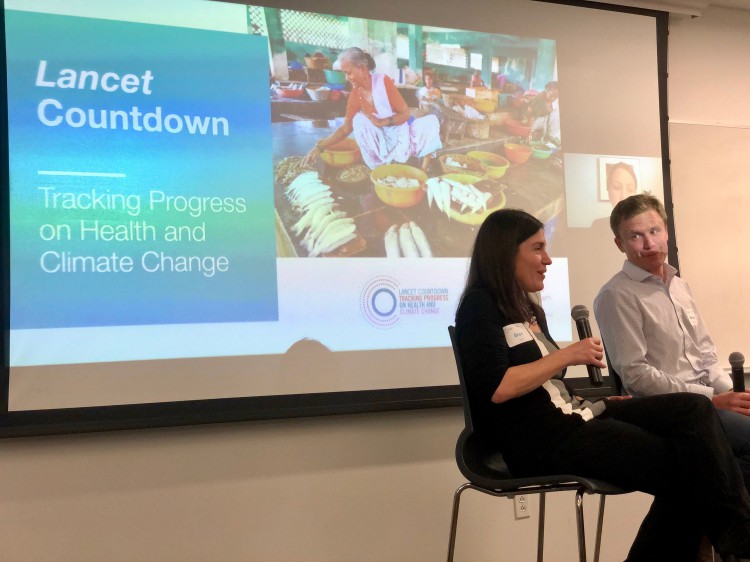 Additional health impacts of climate change were explored at the event. UCSF’s Sheri Weiser discussed the negative impacts on HIV/AIDS health in Africa. She explained how the increased food insecurity and the rise in infectious diseases caused by climate change puts those with HIV and AIDS at greater risk. Marshall Burke, deputy director of the Center on Food Security and the Environment at Stanford University, shared research on the link between mental health and climate and noted that this could be an important topic for the Lancet Countdown to include in the next report. He also talked about how the smoke pollution from wildfires in populated areas, compared to areas with just forest, is more harmful to health due to the chemicals released from homes and businesses when they burn.

Several panelists addressed the issue of the disproportionate impact of climate change on populations that aren’t major contributors to the problem. After expressing, “We are in a global climate-health emergency,” moderator Linda Rudolph, a senior advisor on Climate, Health and Equity for the Public Health Institute, asked the panelists what health professionals can do to support climate justice. Responses included to:

• Continue to publish and produce community-driven research.
• Get involved in local decision making and plug in with local organizations to see how you can support them.
• Give people the information to empower themselves to mitigate the impacts of climate change on their health.
• Show up and participate and make your voice heard in local land use decisions.
• Look for underlying environmental conditions that might be impacting patients’ health.
• Support the young people who are taking action.

The report emphasizes the central role of the health-care sector in managing the damages to health resulting from a changing climate; however, this sector is also a large contributor of greenhouse gas (GHG) emissions. National-level studies for the USA, Canada, and Australia have shown that health-care sector emissions contribute between four percent and 10 percent of the total GHG emissions in these countries. This means that health care has an essential role to play in driving a robust response to climate change, reducing its own emissions and working with policy makers to help implement measures that reduce emissions and maximize health co-benefits.